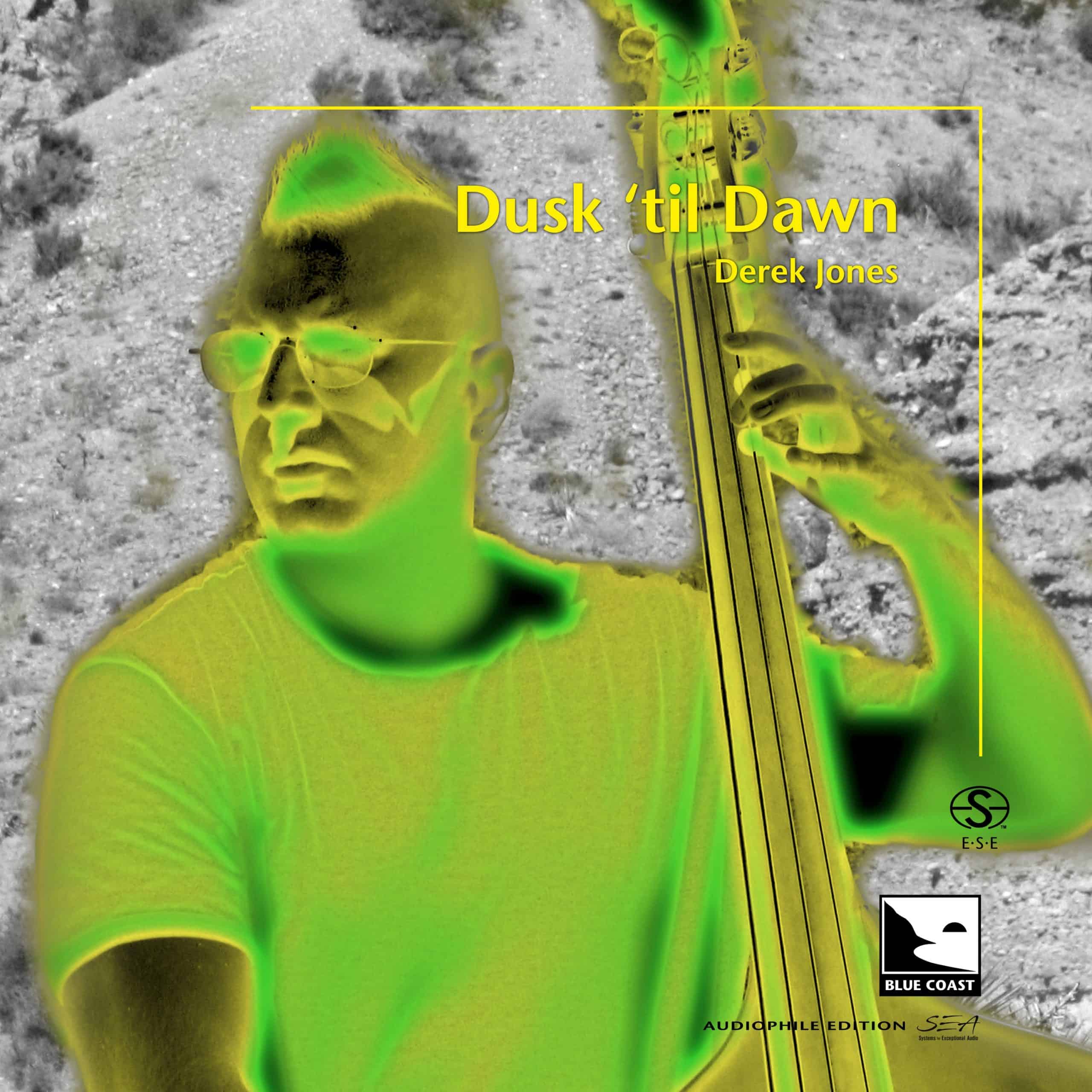 Recorded to DSD256 and 2″ analog tape, mixed through analog console to DSD256.

It’s called “Dusk ’til Dawn” — grabbed from Prince’s lyrics on the song “Kiss” performed brilliantly by Derek, Jenna, and Brain. They’ve turned it into a sensual slow funk groove — the hardest thing for musicians to learn — slow, soft, groove!

The fun of being a producer is asking talented musicians to play your favorite songs taking on the character of the musicians present. At the beginning of the song, you can hear the roll of the tape, me exiting the room, Jenna closing the doors while the band sets up you up for a slow drive to groove central.

The brilliance is in the space between.. both musicianship and sound. Every breath, every hair on the brushes, every slap on a string.

The album is an extension of album one. More improvisational in nature, musicians having fun and experimenting. You are there with them. Enjoy!